Over time the rear wiper motor had stopped and the rear boot/tailgate/trunk lock had also failed to lock/unlock with central locking.
As the decline had been both gradual and intermittent (with both failures at different times), I'd put this down to moisture probably getting into the motor assemblies for the wiper and boot lock (and planned to eventually buy replacements of these).

I picked a day when I had a few hours to tackle this. I started with the following troubleshooting:

At this point it was safe to conclude that there was a problem with the circuit to the tailgate. Other components on the tailgate (e.g. rear brake light) were working fine.

Verify connections at the fuse box

Next stop was the circuit breakers and attachment clips in the front of the car (in the footwell area of the front passenger seat).

I lack the tools / diagrams to adequately trace which pins on which plugs send power to the rear tailgate components, so I started with reseating all the plugs under the fuse box. *Note - working on this requires contortion of the body into a very awkward position, uncomfortable for quite some time.

I discovered a few plugs had a greasy substance on them so I applied some cleaner and got them nice again.

I traced the wires between the front and the rear of the car the best I could and looked for anywhere that damage could occur easily.

This is the cable path between the main car body and the tailgate. The rubber helps ensure the wires follow the same path, so that opening and closing the tailgate does not damage them.

After pulling back the rubber cover, I discovered 4 (out of about a dozen) wires sliced right through. At some point they may have become jammed, or perhaps they simply weren't long enough when the car was manufactured and they were under tension, eventually breaking at slightly different times (this is my theory). 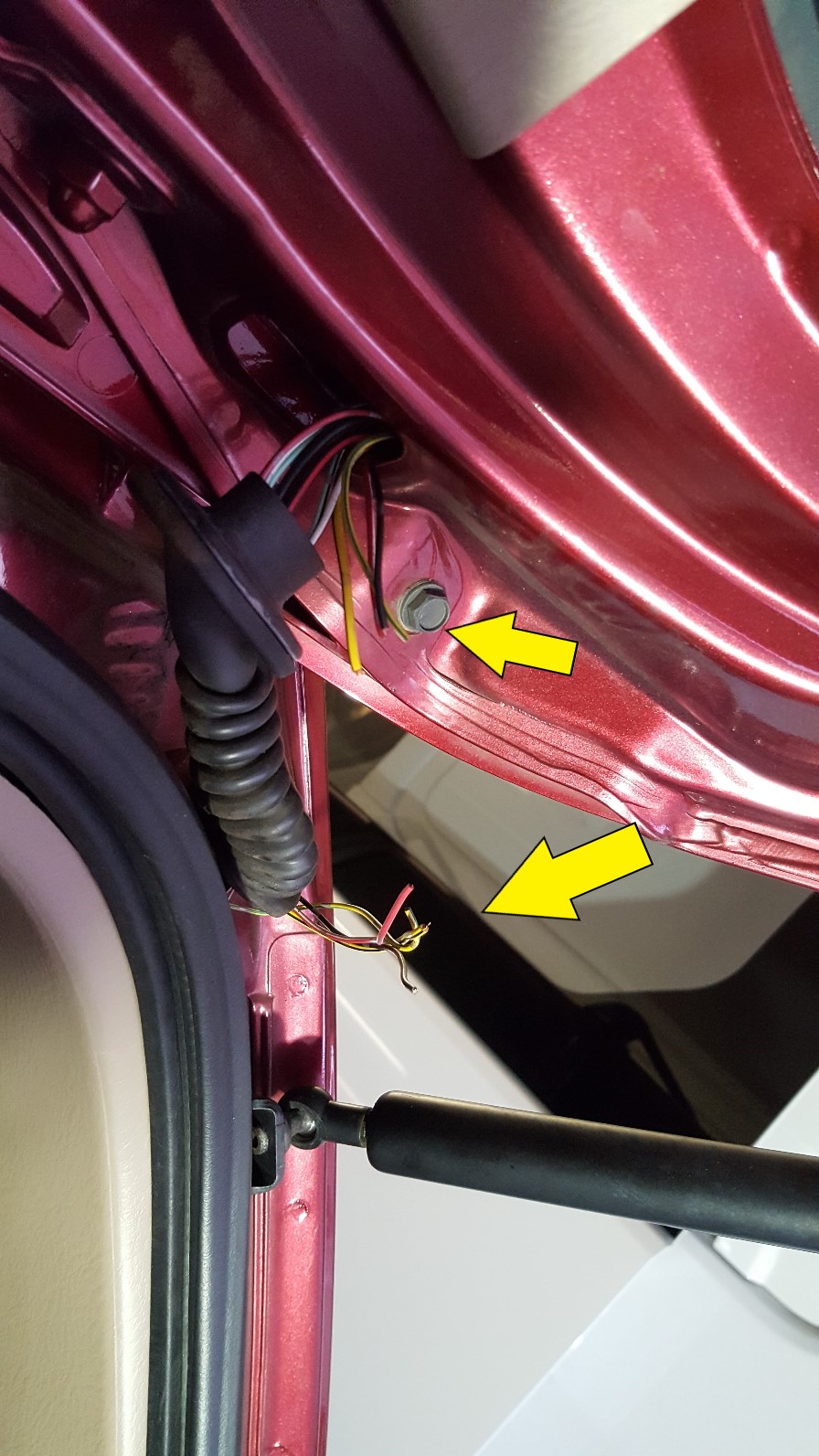 After testing that everything worked when manually bringing these wires together, I attached a joining wire and soldered them together (the wires 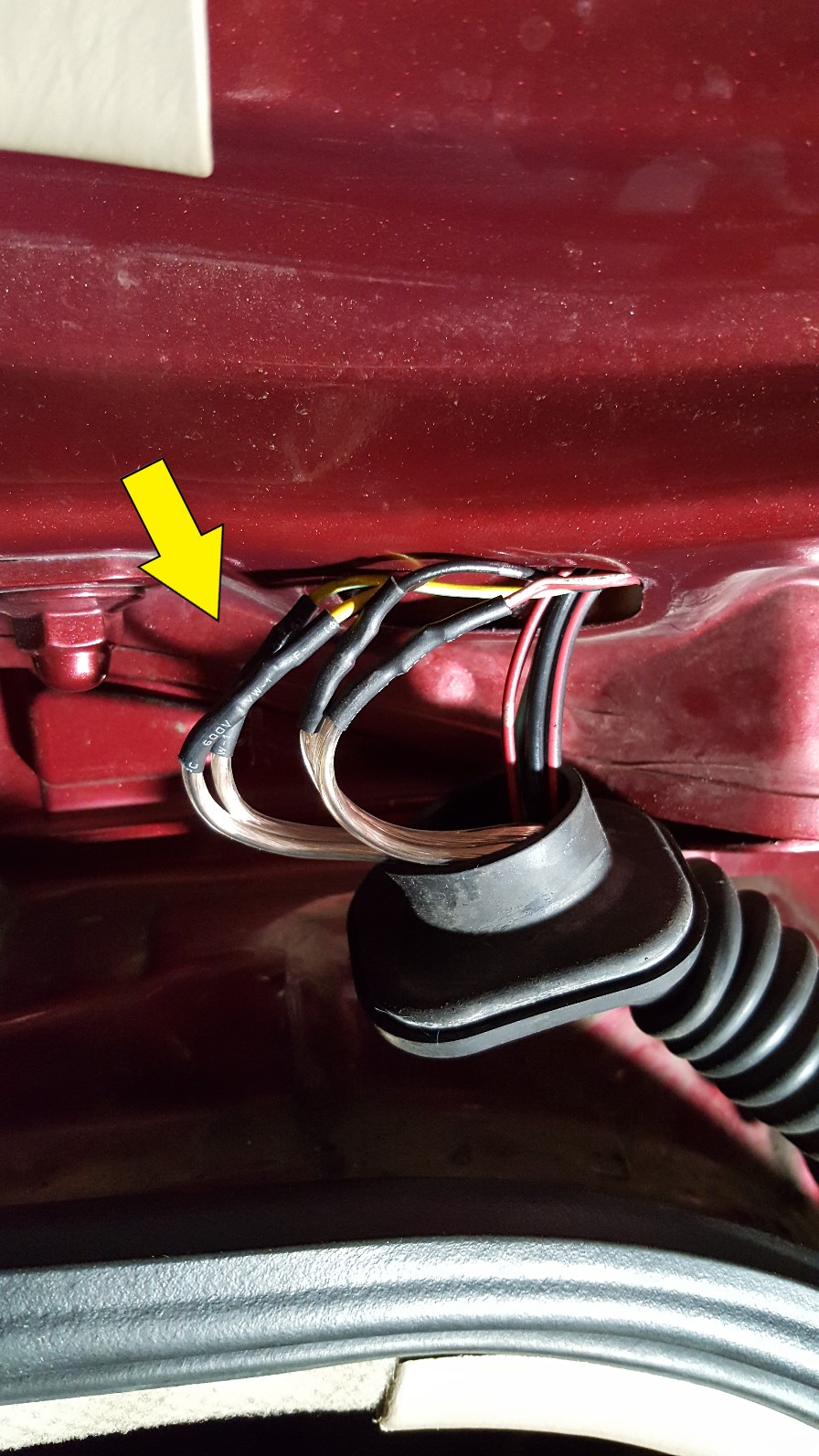 Then covered everything up again 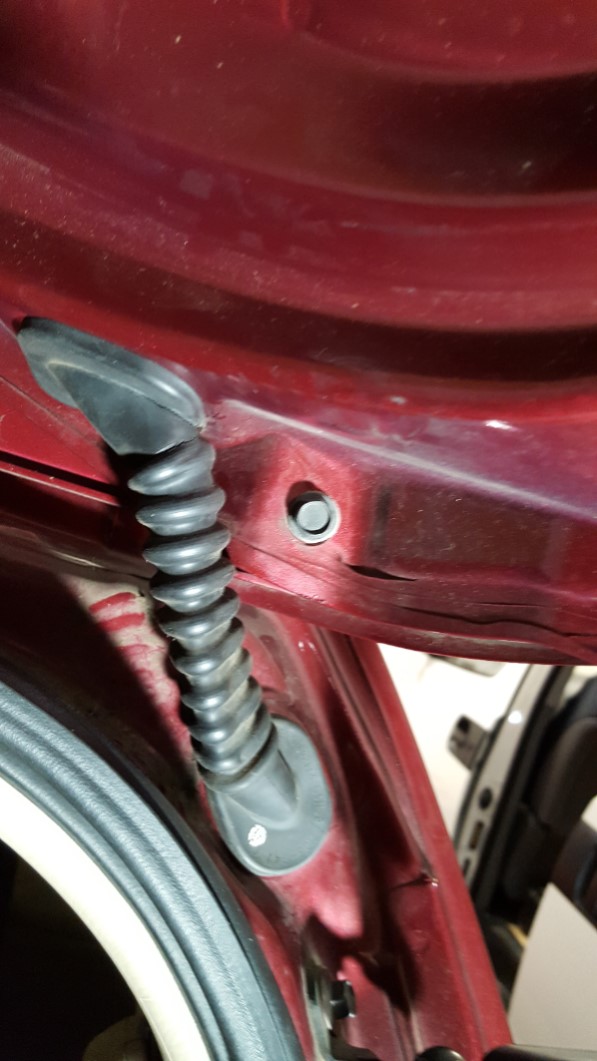 Good as new. Many hours of troubleshooting, but I got there in the end.