I recently came across a Grandstream bug which caused major issues establishing SIP sessions between a remote site (over VPN) and the PBX.

The Home end of the network is a Cable Internet connection, 100Mbps down and 1.5Mbps up

The Warehouse end of the connection is ADSL2+, 4Mbps down and 0.5Mbps up.

For about 18 months, IP telephony between the two sites was reliable.

Telephone calls involving the Warehouse end (the "remote end" - not where the GrandStream PBX is located) suddenly stopped working correctly. An outgoing telephone call could be established, however no audio was heard on either end of the connection, and after approximately 35 seconds the call was terminated (presumably by the PBX). This behaviour was observed for both external calls, as well as calls from one internal SIP client (at Home) to another SIP client (at the warehouse).

We performed the following without any success

Was about to start looking at PCAPs, but found the cause of the fault.

On the GrandStream web UI, there is a settings tab "SIP Settings" —> "NAT", where the local networks need to be manually defined. I'm not sure if this is a new feature included in recent releases of the (automatically updated) firmware (this would explain why it was working fine then suddenly stopped working without us instigating any changes). The local network (192.168.0.0/24) was included here by default, but the remote network (which does not require NAT) was not included here. As soon as we added it, normal functionality was restored. 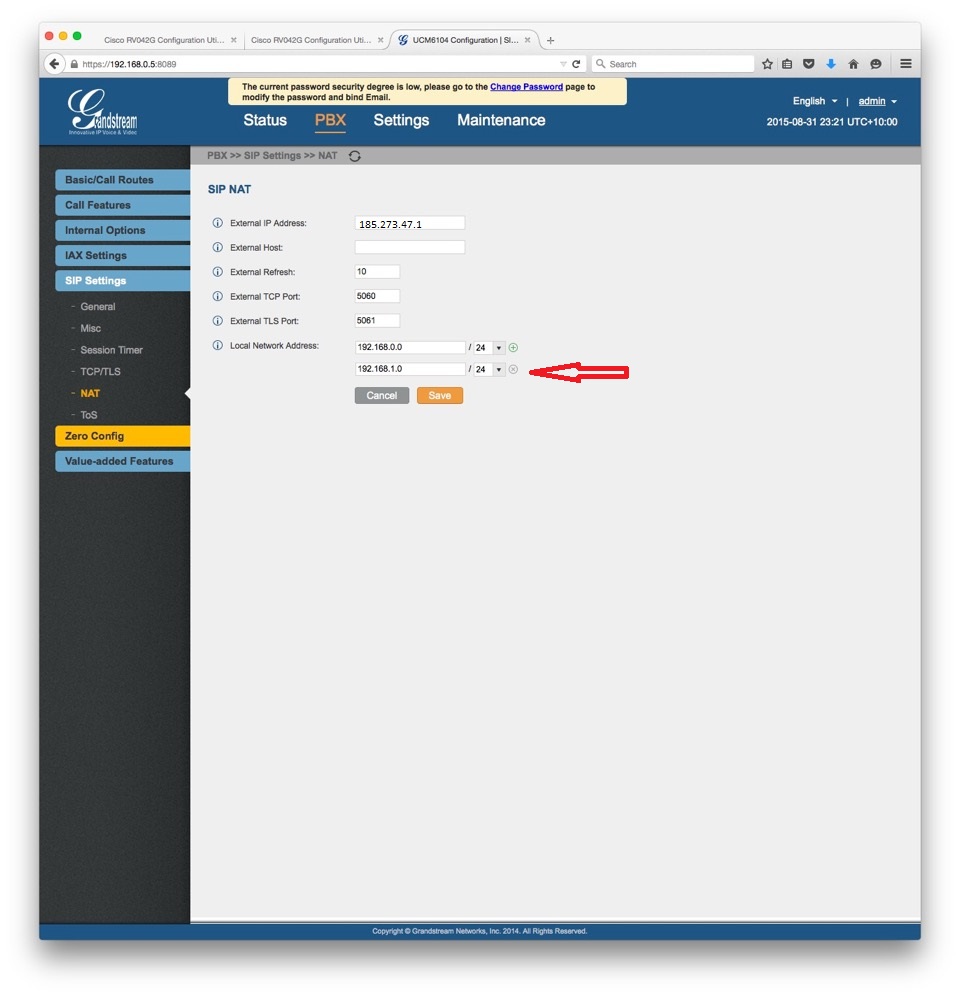