This was the only server affected so the fault didn't appear to be across the whole puppet master. Any error which staes that a node cannot be found would indicate that either the site.pp nodes list doesn't contain the node definition, or in this case, the external node classifier (Cobbler) is unable to find the given node.
When browsing Cobbler, I can definitely see the node listed. More specifically,

When performing the API call for two nodes (directly to Cobbler) I found that it was indeed unable to retrieve the correct data for the node where the error was occurring. The correct values were however returned for the other node, proving that the ENC relationship between Cobbler and Puppet was working correctly.

As it turns out, the puppet API call relies on the “per-interface” DNS name, not the global hostname, i.e. (below JSON is abbreviated)

Is incorrect. When using koan to define our nodes, we don't yet set the hostname (until later in the workflow). In this situation, the hostname had been set correctly the global network settings but not on a per-interface basis.

The interfaces à interface_name à dns_name must be "mynode.company.com" for this to translate correctly for the puppet integration to work.

It looks like any hostname can match, as most systems only have this dns_name parameter set correctly for the primary interface em1. On this occasion, another interface had snuck in as a string appearing earlier in the sort, therefore networking had been applied to the alternate interface instead of em1

· At least one of these needs to match, for puppet ENC lookup to work correctly
· Duplicates are OK (i.e. multiple interfaces on the same node with the same dns-name record) 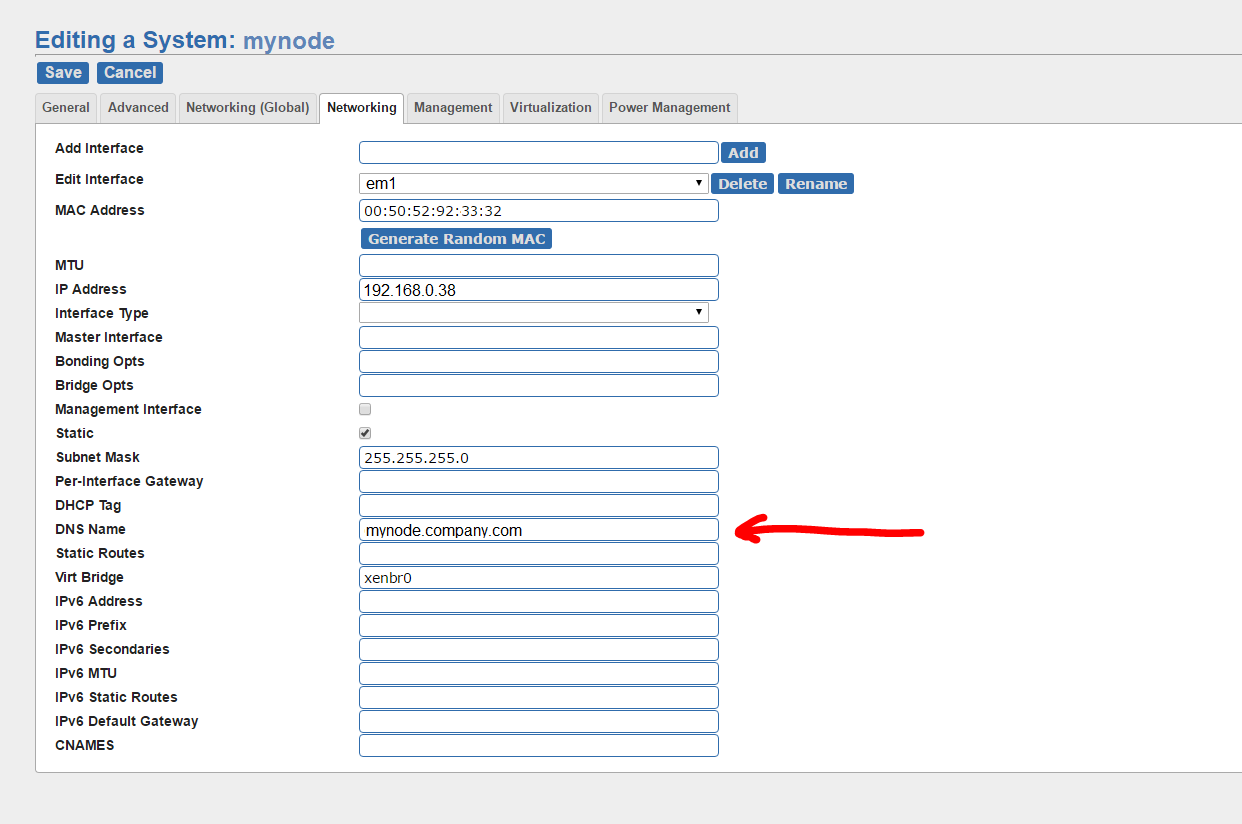